The surprise was a success. The company HORN® Glass Industries AG donates a generous amount of money to the Förderverein der Freiwilligen Feuerwehr Plössberg e. V. The donated amount goes directly to the emergency personnel of the fire brigade Plössberg.

The official expression of thanks at an earlier stage was cancelled due to Corona. Now it could finally be made up for, of course with the necessary safety distance. The donation is to honour the important work of the active fire brigade. With the money donated by the HORN® company, a LED panel radiator could already be purchased at the end of January this year. This replaces the two 1000 W tripod spotlights. Also the emergency vehicle could be converted to LED. "Without this financial support an acquisition of this kind would not have been possible", 1st Commander Christian Zölch was pleased about the donation. Zölch was more than happy that his fire brigade is supported by the HORN® company in this way.
"The HORN® company, located in the municipality of Plössberg, is a model company with regard to the release of firefighters during operations," Zölch also conveyed the mayor's thanks. HORN® Glass Industries employs more than 400 people worldwide and about 345 of them work at the Plössberg site. Among them are currently 7 employees from various areas who are released during the day for fire brigade operations.

President & CEO Stephan Meindl, himself a former group leader at the Hohenthan neighbourhood fire brigade, praised the volunteers because "the fire brigade is part of our social life and we support this as part of our social responsibility.“ He would also be happy if he could be helped so quickly and without problems in an emergency situation. Roderer also thanked the volunteers very much for their donation and is pleased "that the money has been invested wisely.“ 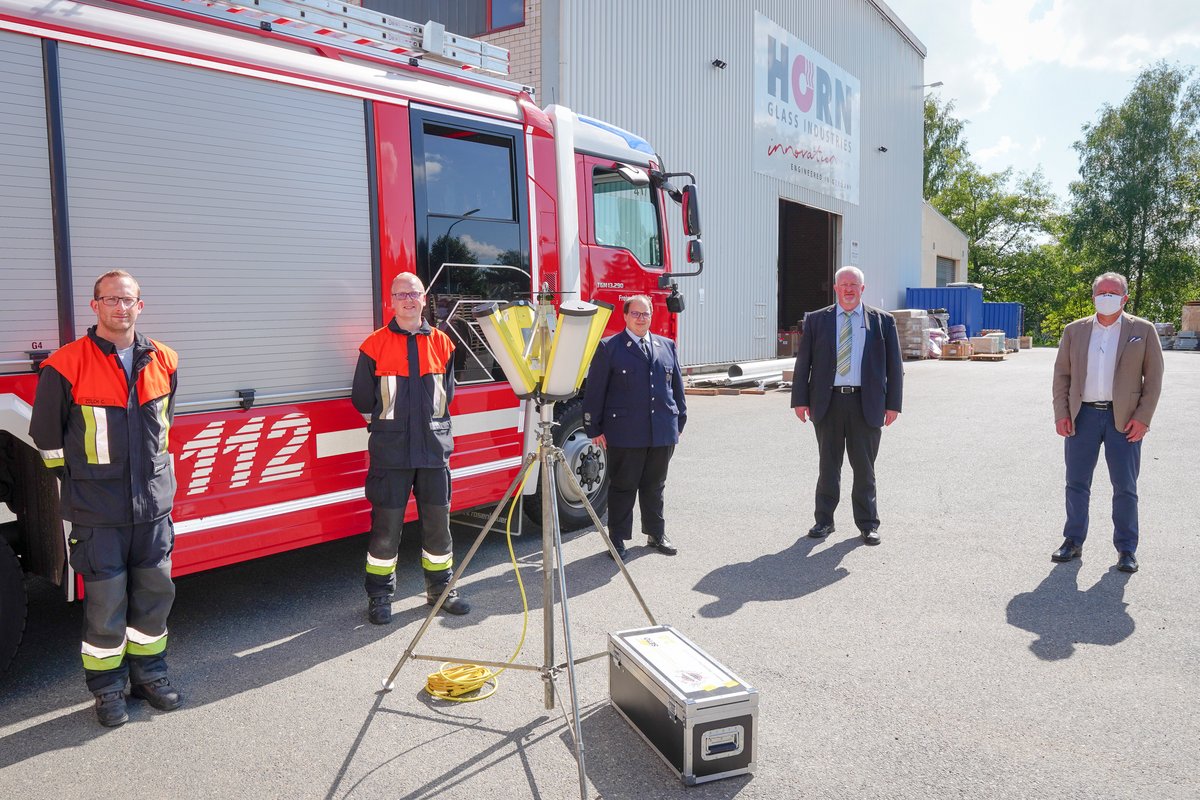